As part of the criminal settlements the federal government reached with BP and Transocean, the National Fish and Wildlife Foundation (or “NFWF”) is receiving a total of $2.544 billion for projects that benefit natural resources harmed by the oil spill.

What is the National Fish and Wildlife Foundation?

NFWF is a nonprofit organization created by Congress in 1984 “to protect and restore fish and wildlife and their habitats.” The organization funds a wide variety of conservation projects across the country, leveraging public funds with private investment dollars. NFWF is governed by a Board of Directors, which consists of 30 members who are approved by the Secretary of the Interior. The Board includes the leaders of the U.S. Fish and Wildlife Service (FWS) and the National Oceanic and Atmospheric Administration (NOAA).

When did NFWF receive funds?

Where will the money go?

The funds will be used for projects in the five Gulf states as follows:

In Louisiana, projects will be focused on “creat[ing] or restor[ing] barrier islands off the coast of Louisiana and/or…implement[ing] river diversion projects on the Mississippi and/or Atchafalaya Rivers…”

In the other Gulf states, projects will be focused on “remedy[ing] harm to resources” injured by the oil spill.

How are projects chosen?

While NFWF decides which projects to fund, it must follow the terms set out in the criminal settlements. These require NFWF to, among other things, consult with state and federal resource managers “to identify projects and to maximize the environmental benefits of such projects.”

The public may suggest projects through state resource managers. For more information about how to submit suggestions in each state, click on the state below: 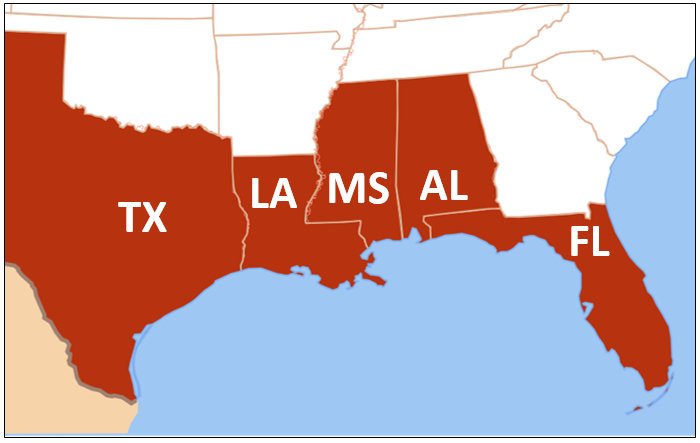 What projects have been chosen?

See our Restoration Projects Database and Map for details on projects that have been chosen.